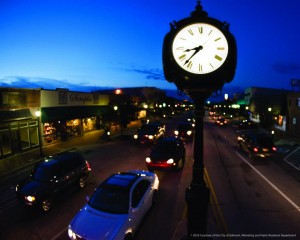 The cities of Edmond and Guthrie entered into an intergovernmental agreement to operate the airport in 2004.

History
The city of Edmond began as the Santa Fe Railroad’s Edmond Station in 1887. The town retained the name when Edmond was established the day of the Land Run, April 22, 1889. Now, with a population of more than 83,500 people, Edmond continues to grow in population, advance in education, and enhance the quality of life of its citizens.

Education
Edmond is home to an outstanding public school system as well as the third largest university in the state. Edmond Public Schools received the highest academic performance index of all Oklahoma 6A school districts. It also maintains ACT and SAT scores well above the national average.

City Features
Edmond has more than 200 restaurants, 30 parks and outdoor venues, 100 pieces of public art, and 40 shopping centers, for a cost of living that is well below the national average. Edmond also has one of the lowest crime-per-thousand ratios among the 20 largest cities in the state.